It's Independence Day.  Every year, I read the declaration with the kids and then we discuss it.

I'm not feeling awfully independent, right now.  Right now, I have fewer rights than a corpse.  That's not hyperbole.  My body isn't my choice, any more, and things don't look to be improving any time soon.  Rights our grandmothers and mothers fought for and that we took for granted ("It's established law, don't worry, they won't overturn it...") our children will now have to fight to reestablish.  Lawmakers are gleefully seeking to curtail freedom of speech, freedom of movement, and bodily autonomy.

Why bother, who cares, so what?

Or maybe because we're being pillaged by our own government?

Or maybe because corporations pay fewer taxes and have more rights than individuals?

Or maybe because the wealthiest few pay the least in taxes but have the most influence on government?

Here's the deal - show up or shut up.

Right now I'm on a long, slow, simmering burn of anger and outrage, and I don't have patience for excuses.

Get fucking woke.  Yes, woke.  Wake the fuck up.  Your complacency is robbing us all of fundamental human rights.

I'm tired of playing nicely, of hand holding, of kindness and yes, even compassion, when it comes to this.  I'm tired of softening my words so as not to offend.  I'm fucking offended that you can't be bothered.

Show up or shut up.

I'm done being nice about it.

Once more for those in the back, SHOW UP OR SHUT UP.

See you at the polls.

Kyddryn
Redneck Central, Georgia, United States
I am mum to an eighteen-year-old evil genius son (of course, I may be biased) and the clever and beautiful force of nature, ten-year-old Sprout. They and my cats conspire to deprive me of sleep and sanity on a regular basis. I live in Redneck Central with my kids and cats. I call our home "Casa de Crazy" for a reason. It could be because I'm nuttier than a Claxton fruitcake. I have a foul disposition and the manners of a troll. What's not to love? 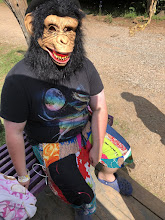 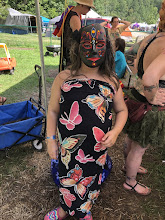